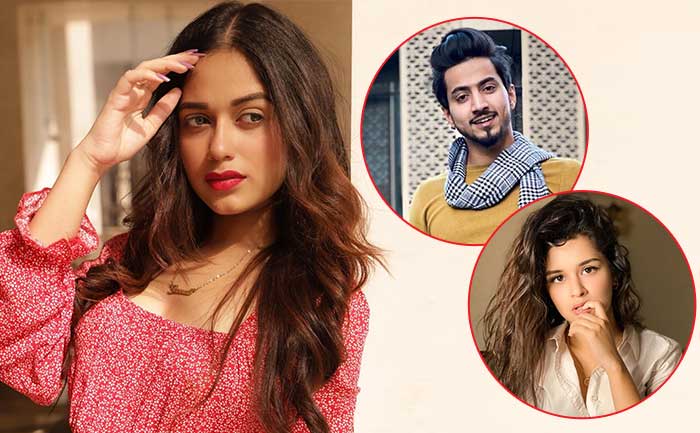 Jannat Zubair Rahmani has been winning hearts and minds ever since she debuted on TikTok. The young sensation has created a niche for herself not only on the small screen but also in the world of social media. Jannat Zubair’s Lucky Charm Revealed

Besides doing some roles in TV shows, Jannat has also been featured in dozens of music videos and all of her songs have received an overwhelming response from the audience. Avneet Kaur’s Instagram page boasts of an insane 9.2 million followers while Mr Faisu has a whopping 10.2 million followers on Instagram.

Jannat Zubair and Mr Faisu often collaborate together to create amazing TikTok videos that their fans absolutely love. She has recently taken to Instagram and announced that she will soon launch yet another music video but she will be seen opposite Aladdin fame Sidharth Nigam not Mr Faisu.

A few days back, Jannat Zubair’s brother uploaded a video on Instagram which will leave you shellshocked. In the video, we see Jannat and Faisu arguing with each other. The arguments leave Faisu angry and he tries to raise his hand on Jannat. What happens next is a must-watch. Jannat Zubair To Collaborate With Sidharth Nigam For a Music Video

In the video, we see Faisu and Jannat fight with each other. Soon, Faisu loses his cool and raises his hand on Jannat and tries to hit her. Jannat’s brother Ayaan comes to her rescue and slaps Mr Faisu.