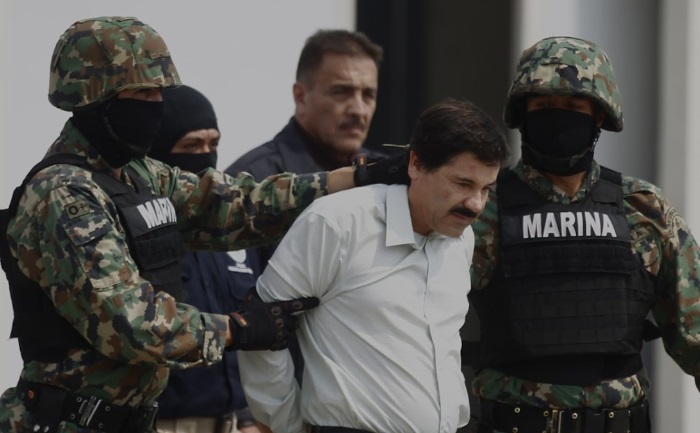 Joaquin ‘El Chapo’ Guzman, the Mexican drug lord was sentenced by a U.S. judge to spend the rest of his life in prison. He was found guilty of running a murderous criminal enterprise that smuggled tons of drugs into the United States. Guzman was also ordered to forfeit $12.6 billion, prosecutors said, at a hearing in federal court in Brooklyn.

The 62-year-old drug lord was found guilty by a jury of trafficking cocaine, heroin and marijuana and also engaging in multiple murder conspiracies. He is the leader of Sinaloa Cartel, long known as one of Mexico’s largest and most violent drug trafficking organizations.

Guzman berated the US justice system and also complained about the term of his confinement before the sentence was handed to him. He also alleged that the jurors allowed media accounts of the trial to influence their thinking.

Guzman, whose nickname means “Shorty,” developed a reputation as a Robin Hood-like figure. He is considered a folk hero to many in his home state of Sinaloa. He was held in solitary confinement in the Metropolitan Correctional Center in Lower Manhattan.

Guzman had made a name for himself as a trafficker in the 1980’s by digging tunnels under the Mexican and United States border. He amassed power during the 1990s and 2000s through often bloody wars with rivals, eventually becoming the best-known leader of the Sinaloa Cartel. El Chapo twice escaped maximum-security prisons in Mexico before he was finally captured in 2016. He was then extradited to United States to face trial in January 2017,