Home > Entertainment > Hrithik shares a sun kissed selfie, Karan Johar is bold over by his eyes

Hrithik shares a sun kissed selfie, Karan Johar is bold over by his eyes

Superstar Hrithik Roshan is all set to play the role of a common man who inspired many in his upcoming release ‘Super 30’. The actor who is known as one of the most good looking superstars of Bollywood recently shared a selfie on his Instagram profile. The sunkissed pic soon garnered much love from fans and friends.

Check out the stunning selfie here:

In the picture, we can see Hrithik Roshan sporting a light stubble looking straight at the camera. His hazel eyes will immediately capture your attention in the sunkissed selfie.

Karan Johar soon reacted to the stunning pic with fire emojis and smileys. He wrote, “Those eyes” 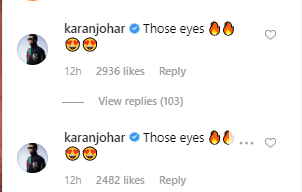 Not only Karan but fans too reacted to the pic and wrote “killer eyes.” One user even said, “I Can See The Ocean In Those Eyes.” Another wrote, “Ohh teri!! Godlike if we ever had a reference.” 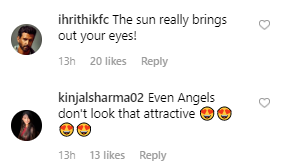 He also has a film with Baaghi star Tiger Shroff. The Yash Raj Films production is being directed by Sidharth Anand and will also have a dance face-off between the two stars.

Hrithik Roshan’s 2017 film ‘Kaabil’ is also set to release in China on June 5. It starred Yami Gautam as the female lead and Ronit Roy and Rohit Roy as antagonists. He also has ‘Krrish 4’ in his kitty.