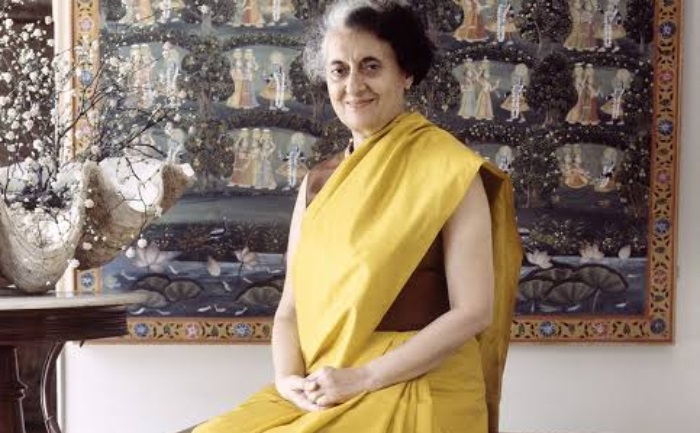 Indira Gandhi India’s first and only female Prime Minister was born on November 19, 1917, in Allahabad. Daughter of Jawaharlal Nehru and Kamala Nehru she paved the way for a huge transformation of the Nation. Today on her 102nd birth anniversary political leaders have come together to pay tributes to the Iron Lady Of India.

Tributes to our former PM Smt. Indira Gandhi Ji on her birth anniversary.

Remembering Indira Gandhi’s contribution to the Indian economy and foreign politics, Congress tweeted, “On her birth anniversary we pay homage to India’s first female Prime Minister, the Late Smt Indira Gandhi. Her will and determination led our country to great heights. Her contributions to India’s national security, economy & foreign policy will always be cherished.”

On her birth anniversary we pay homage to India’s first female Prime Minister, the Late Smt Indira Gandhi. Her will & determination led our country to great heights. Her contributions to India’s national security, economy & foreign policy will always be cherished.#IndiasIndira pic.twitter.com/2l1IoMvyzx

Born to the first Prime Minister of India Pandit Jawaharlal Nehru and Kamala Nehru, Indira served as the Prime Minister of the country for three terms. She was the second longest-serving PM after her father. During her tenure, Gandhi took decisions like the nationalization of banks and abolishing the privy purses of the princely states in the country. In one of the darkest phase of independent India, Indira had imposed a 21-month-long Emergency across the country in 1975.

She was the second-longest-serving Prime Minister after Nehru and was well-known for path-breaking economic and social reforms, including the nationalization of banks.

Indira Gandhi was assassinated by her Sikh bodyguards at her residence on Akbar Road on October 31, 1984. This came after Operation Bluestar was executed at Amritsar’s Golden Temple, wherein Gandhi had ordered the Indian Army to confront Sikh separatists who had taken shelter at the holy shrine.