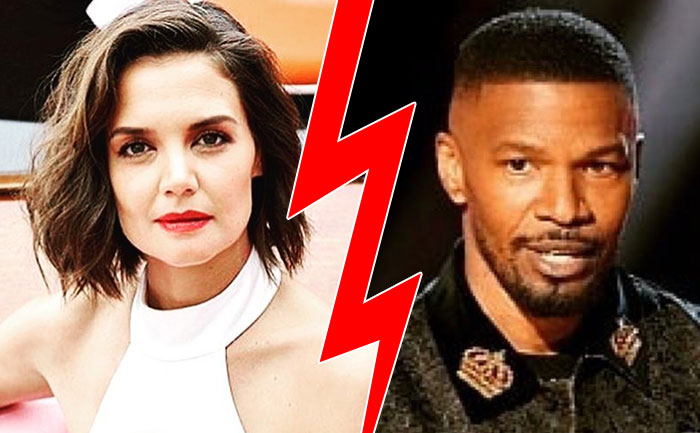 Katie Holmes and Jamie Fox have called it quit after six years of dating. According to E! News, the couple has not been together since May 2019. Their last outing together was at the MET gala. Katie who divorced Tom Cruise in 2012 was linked to Jamie in 2013. The very private couple had neither admitted nor denied their relationship in six long years. But they were often seen together on many occasions.

News of the actors’ split comes after Foxx was spotted holding hands with singer Sela Vave while out in Los Angeles over the weekend. But apparently, Vave is a singer-songwriter Foxx is helping.

After attending a birthday bash, the duo was seen holding hands and heading towards Foxx’s car. Jamie has also been a permanent fixture in many of Sela’s Instagram photos with the latter even thanking the Django Unchained (2012) for helping her out in her career.

As reported by a source to E! News, “They never had a typical relationship. They have always been incredibly independent and their lives didn’t revolve around each other. They lived separately and in different cities and saw each other occasionally. They are just both caught up with their own families, careers and obligations that their relationship had to take a back seat.”

Katie was recently spotted outside her NYC apartment. It was the first time post the breakup rumours. The Diva looked in high spirits as walked her dogs with daughter Suri. Casually dressed in a grey top, jeans and white sneakers she looked stunning.

Source reveals that reconciliation between Holmes and Fox is not being ruled out.