KGF Chapter 2 Star Yash Looks Dapper As He Gets Papped At The Airport, See Pic 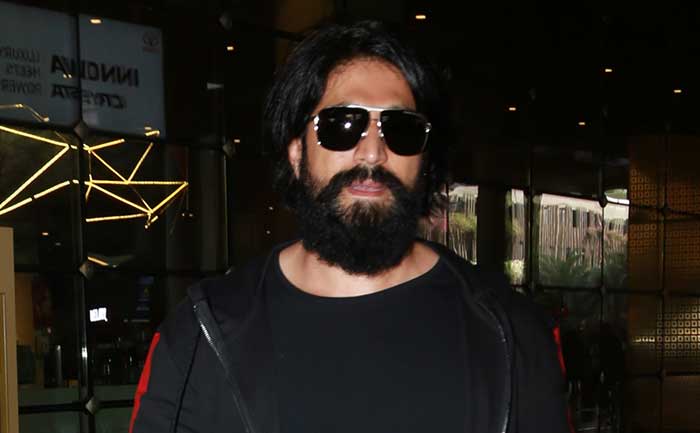 The Sandalwood superstar Yash is currently shooting the last schedule of much-awaited movie, KGF: Chapter 2. The KGF 2 star has recently spotted at Airport and looked dapper as always in an all-black outfit.  In the photo, Yash can be seen wearing a black T-shirt and a sweatshirt. KGF 2 Star Yash To Join Politics?

The second chapter of KGF has been in the news for many reasons including Bollywood actor Sanjay Dutt’s deadly look. Yes, ever since the makers of KGF dropped the first look of Sanjay Dutt, people have been waiting with bated breath to watch the teaser of KGF Chapter 2.

The release date of KGF 2 teaser is yet to be officially dropped by the makers. If anything to go by the latest buzz, KGF 2 Chapter 2 teaser will be out on February 21, 2020. Earlier, it was supposed to out on Yash’s birthday but it was delayed for some reason. KGF 2 Entry Scene Revealed

The latest Bollywood actress who had joined the cast of KGF 2 was Raveena Tandon, who will reportedly play a very important role in the film. The beautiful actress has already shot her portion and returned back to the bay.

Welcoming the actress, Yash posted pictures of him with Raveena Tandon when the film’s crew was all set to shoot with the actress.

The makers of KGF 2 are yet to reveal the release date of the film. There are reports doing the rounds that Yash and Sanjay Dutt starrer will be released in July 2020. However, a source is quoted as saying to Deccan Chronicle, “But that is not possible as the shooting will go on till April 15 and there is so much Vfx work that has to be done; so they may release it only for Dasara.”

“Director Prashanth wants to release the movie before RRR at any cost, so he is speeding up the graphics work, and the release date may be announced soon, for the benefit of other filmmakers too,” the source added.