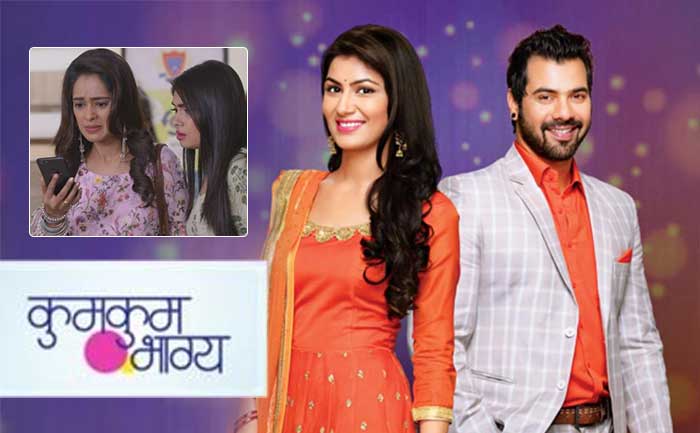 In Kumkum Bhagya Jan 06, 2020 written update: Prachi follows the girl who is wearing the similar kind of dupatta as hers. But Rhea then jumps in and helps the girl Roshlyn hide from Prachi. Moreover, Roshlyn demands the full amount of money by the next day and threatens to reveal Prachi everything if she doesn’t get it.

It is then that makes Rhea worried as she unfortunately doesn’t have adequate money left with her. In the meantime, Prachi asks Sarita to look for her dupatta. Sarita is then distracted as of work and forgets about the same. Somewhere else, Ranbir offers to drop Prachi home.

At the same time, Rhea reaches Prachi’s residence where she is humbly welcomed by Pragya. What’s next, she uses this as a chance to put back the dupatta inside the cupboard. Following which, Rhea engages in a conversation with Pragya and then almost at a point decide not to leak Prachi’s MMS. Nonetheless, she sees Ranbir with Prachi again while leaving which makes her more angry. Later, Rhea leaks the the MMS everywhere.

Talking about Kumkum Bhagya Jan 07, 2020 upcoming episode, Prachi attends college where she is shown the MMS clip by one of her fellow students. Thereafter, it shocks Prachi who is about to burst in tears. She throws away the phone in a fit of rage.

But, the guy becomes angry on her instead and asks her to not create ruckus over her own mistake. Then, another guy comments that Prachi has done all this for publicity. Will Ranbir help Prachi get out of this problem? Stay hooked to The Live Mirror to find out what happens next.