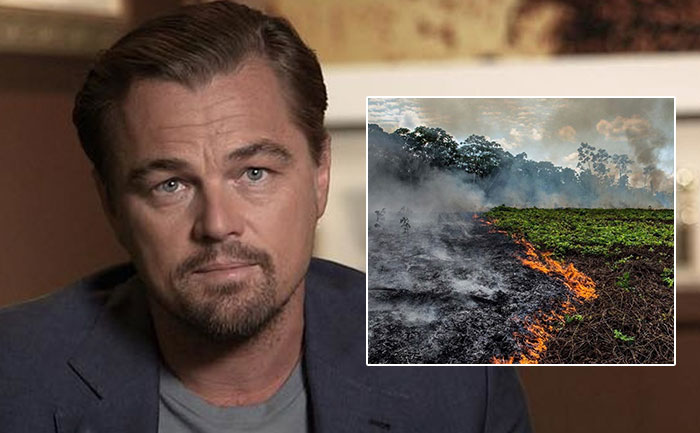 #Regram #RG @chamiltonjames The real heroes of fires are of course the firefighters. In the Amazon they often work with nothing but machetes and leaf blowers and small tanks of fire suppressant. I worked with a troop of them in eastern Brazil back in 2017. It was tough hot and at times hopeless work. Some of them were Guajajara tribesmen who had dedicated their lives to protecting what was left of their ancestral forests – most had already been logged and burned. Some of them had been murdered for trying. It was brutal and tragic and we should all bow down to them for what they do – for so little money that they have to roll cigarettes with writing paper.

The group’s Amazon Forest Fund will provide financial aid to local partners and indigenous communities as they work to protect the Amazon.

As per a statement by Earth Alliance, “The Amazon rainforest is on fire, with more than 9,000 wildfires scorching delicate, irreplaceable landscapes across Brazil this week, year to date, more than 72,000 fires have been reported by Brazil’s National Institute for Space Research (INPE). This is a significant increase from the 40,000 fires in Brazil at this point last year. The destruction of the Amazon rainforest is rapidly releasing carbon dioxide into the atmosphere, destroying an ecosystem that absorbs millions of tons of carbon emissions every year and is one of the planet’s best defences against the climate crisis.”

#EarthAlliance, launched in July by @LeonardoDiCaprio, Laurene Powell Jobs, and Brian Sheth, has formed an emergency Amazon Forest Fund with a commitment of $5 million dollars to focus critical resources for indigenous communities and other local partners working to protect the life-sustaining biodiversity of the Amazon against the surge of fires currently burning across the region. Join Us. 100 percent of your donation will go to partners who are working on the ground to protect the Amazon. Earth Alliance is committed to helping protect the natural world. We are deeply concerned about the ongoing crisis in the Amazon, which highlights the delicate balance of climate, biodiversity, and the wellbeing of indigenous peoples. To learn more or to donate, please visit ealliance.org/amazonfund (see link in bio). Photos: @chamiltonjames, @danielbeltraphoto 2017

They further added, “Earth Alliance has formed an emergency Amazon Forest Fund with an initial commitment of $5 million to focus critical resources on the key protections needed to maintain the “lungs of the planet”. These funds will be distributed directly to local partners and the indigenous communities protecting the Amazon, the incredible diversity of wildlife that lives there, and the health of the planet overall.”

Also Read: Once Upon A Time In Hollywood: Brad Pitt and Leonardo DiCaprio Pose for photocall in London

I try not to make choices by coming under pressure of what others are doing: Radhika Apte