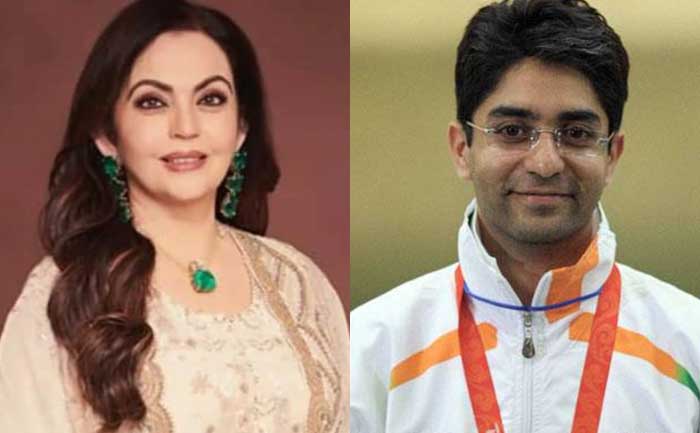 Reliance foundation chairperson and International Olympic Committee member Nita Ambani on the day of Sunday caught up with India’s first and only individual Olympic gold medallist Abhinav Bindra at the Winter Youth Olympic Games. Not only that, Nita Ambani who is the owner of Indian Premier League franchise Mumbai Indians took to social media to tweet a picture of the duo.

Also, she is the first Indian woman to be part of the world body as well. In fact, Nita Ambani is the only individual member from India who will be at the world body until she attains the age of 70 which was announced by IOC back in 2016.

For the unversed, Abhinav Bindra who is India’s champion shooter was also the one who was appointed as a member of the International Olympic Association’s Athletes’ Commission in last year.

Moreover, this incredible feat was one another achievement for the 2008 Olympics gold medallist Bindra who was as well elected the chairman of International Shooting Sport Federation’s (ISSF) Athletes Committee in the year of 2014 that made him the first Indian to receive the honour.

In addition to this, the 2020 Winter Youth Olympic Games commenced on Januray 9 and will continue till January 20.

Also Read: Hardik Pandya Out Of India ‘A’ Tour To New Zealand, Replaced By Vijay Shankar