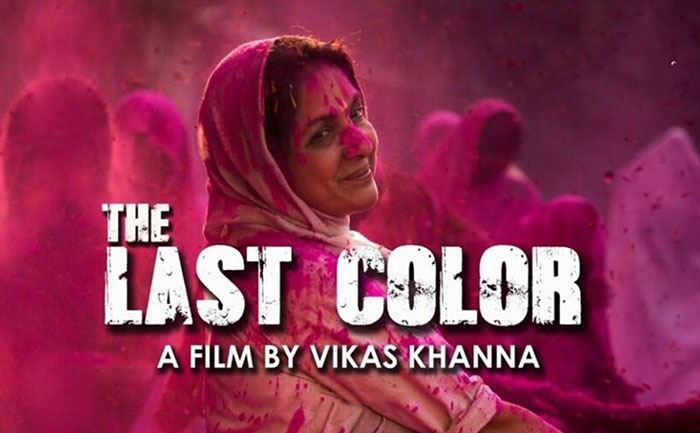 ‘Badhai Ho’ actress Neena Gupta is elated with the news that her movie has made it to the Oscar 2020 Best Film nominations. Michelin-star chef Vikas Khanna’s directorial debut The Last Color, is among 344 feature films in the running for a nomination in the Best Picture category for the 2020 Academy Awards.

An elated Vikas Khanna shared the news on social media with a screenshot of the list, “BEST WAY TO START 2020. MIRACLE. MIRACLE. Thank you UNIVERSE. Our humble film THE LAST COLOR is pure HEART. Oscars: Academy Announces 344 Films Eligible for 2019 Best Picture,”

#TheLastColor.
Chhoti, a tight-rope walker befriends an old widow, Noor, who lives a life of complete abstinence. Her young friend’s innocent exuberance and joy of life fills her with renewed hope and a promise to play Holi together. A story of victory! https://t.co/fv1JjGCykz

In his other tweets, Vikas Khanna mentioned Neeraj Ghaywan’s 2015 release Masaan was the inspiration behind The Last Color. He thanked the Masaan director and actors Vicky Kaushal and Richa Chadha for the inspiration. The chef-turned-director also added that the movie is a tribute to the countless widows who lived and died a colourless life.

The Last Colour stars Neena Gupta, Aqsa Siddiqui, Rajeswar Khanna and Aslam Sheikh. It is set in the ancient city of Varanasi, The story is all about a 70-year-old widow Noor, played by Neena Gupta, and her special bond with 9-year old Chhoti (Aqsa Siddiqui), a homeless girl. The youngster aspires to go to school and makes ends meet by performing stunts as a tight-rope walker and selling flowers.