When Salman Khan Said NO To Arijit Singh’s Songs?

The Pachtaoge Singer had a song titled 'Ishtehaar' in Salman Khan's film Welcome To New York, but Sallu dropped his version and made Rahat Fateh Ali Khan sing the same. 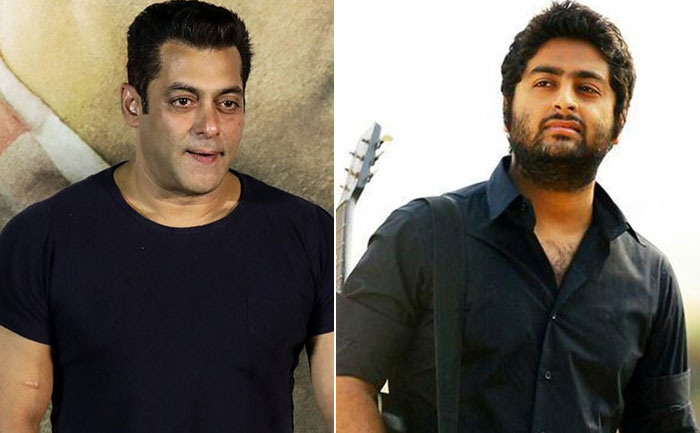 Everyone knows if they mess up with Salman Khan, they would not be forgiven by Bhai for the longest of time. There are multiple Bollywood celebs who messed up with Salman Khan and they are still regretting doing the mistake. India’s no 1 singing sensation, Arijit Singh, is one of them. Arijit Singh’s Controversial Moments

Arijit Singh is one of the most popular Bollywood playback singer and filmmakers have to request him to get him to sing a song for the movies, Salman Khan does not think twice before dropping Arijit Singh’s song from his films. Arijit Singh’s Love Life Revealed

There have been many occasions when Salman Khan removes Arijit Singh’s song from his movies. The Pachtaoge Singer had a song titled ‘Ishtehaar’ in Salman Khan’s film Welcome To New York, but Sallu dropped his version and made Rahat Fateh Ali Khan sing the same.

A source had told Spotboye.com, “Arijit has sung the rough scratch of the track which was to be used in the film. However, Salman was quite miffed and he told the makers, ‘Anyone in the fraternity can croon the track but Arijit’.” Arijit Singh’s THESE Heartbreak Songs Will Make You Cry?

This was not the first time, Salman Khan had removed the song from his film. Earlier, Sallu dropped Arijit Singh’s version of “Jag Ghommeya” from Sultan and replaced with Rahat Fateh Ali Khan’s voice.

Taking to Facebook in 2016, Arijit Singh revealed that he had rubbed Salman the wrong way with his behaviour at an awards show, where the star was also present. The singer also apologised in the long post and requested Salman to “not remove the song that I sang for you in sultan. You want anyone else to sing this song, absolutely fine but keep a version at least. I have sung enough songs sir. But I want to retire with at least one song of you keeping in my library. Please do not take away this feeling.”

Responding to his post, Salman Khan had replied that the decision to use the track depended on the director and the producer of Sultan and people should not make a big deal out of the fact that it was Rahat Fateh Ali Khan, whose version was being used in the film’s final cut and not Arijit’s.

The discord between Salman Khan and Arijit Singh was started in the year 2014 when Arijit was called on stage to receive an award for Aashiqui 2 from hosts Salman and Ritesh Deshmukh. Upon reaching the stage, Arijit said, “Aap logo ne toh sula diya.”