Has Sushant Singh Rajput made his relationship official with Rhea Chakraborty?

Sushant Singh Rajput has been rumoured for a quite a while to be dating Rhea Chakraborty. 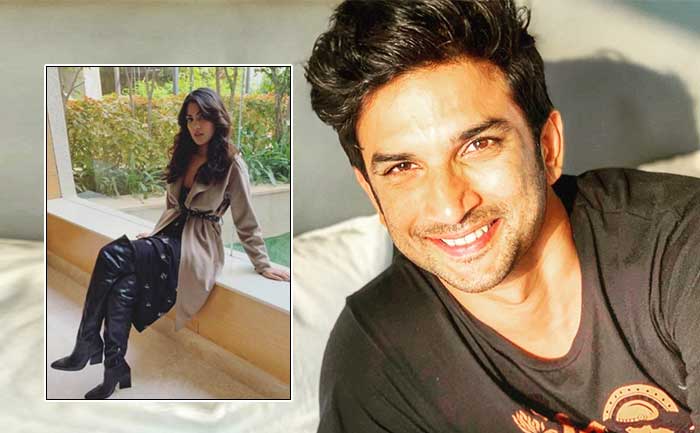 Bollywood actor Sushant Singh Rajput is one such actor who enjoys huge fan following on social media. Though his amazing acting has won him quite a lot of critical acclaims and even his cute looks makes the female fans go weak on their knees.

Moreover, after the massive success of his last release Chhichhore, Sushant has been missing from the limelight on work front. Nonetheless, Sushant’s love life is definitely something that is creating buzz here and there these days.

According to media reports, the couple is in love with each other and are going really strong with their relationship. Not only that, Sushant and Rhea Chakraborty are also said to be spending good quality time whenever possible and many a times go out on vacations together.

However, the two never made any official statement so far and it appears that Sushant is planning like to throw caution to the wind. More so, Sushant lately shared a beautiful picture of Rhea in his Instagram story and it is the caption of the picture that has spoken volumes about their love affair indeed.

Sushant captioned, “Meri jalebi”. Check out the picture shared by him. 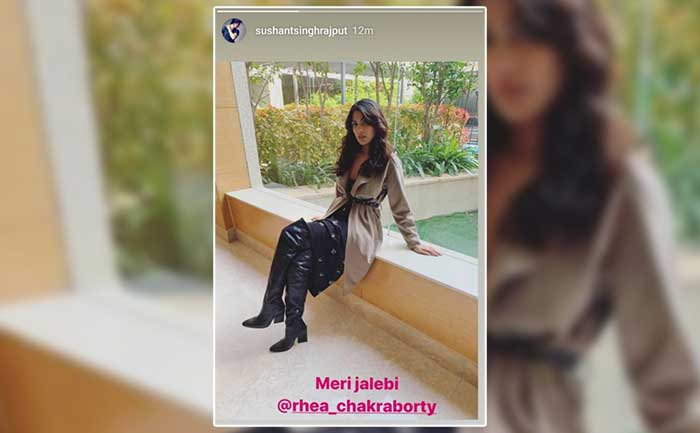 Also, Sushant Singh Rajput has deleted the story later though but we got to see a sneak peak of it. On the professional front, Sushant will be seen in Mukesh Chhabra’s Dil Bechara which is actually a Bollywood remake of Hollywood movie The Fault In Our Stars.

Also Read: In Pictures: Sushant And Rhea Enjoying Their Vacation In Paris