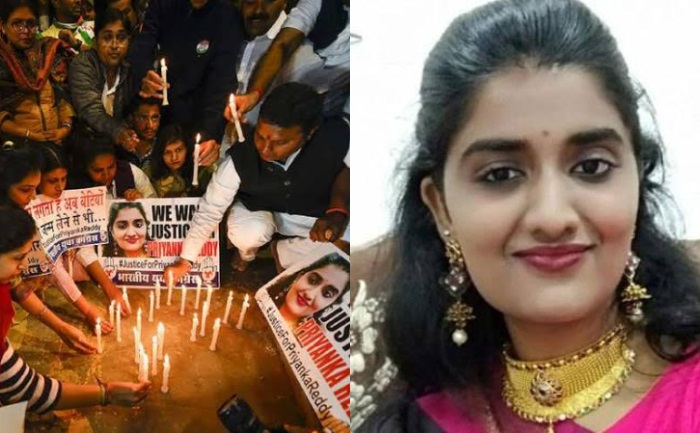 Three police personnel were suspended in connection with the gang-rape and murder of a woman veterinarian in Telangana earlier this week. The cops were suspended after a detailed inquiry was conducted on the alleged “dereliction of duty on delaying the registration of FIR relating to a missing woman”. The victim’s family had alleged that the police had delayed filing a report when she was first reported as missing on the night of November 27-28.

Speaking to India Today, Cyberabad Police Commissioner VC Sajjanar said, “Based on the findings following an inquiry, the officers were placed under suspension till further orders. The cops who have been suspended are Sub-inspector M Ravi Kumar, and head constables P Venu Gopal Reddy and A Sathyanarayana Goud. All the officers of the Cyberabad Police have been once again instructed to register the cases irrespective of jurisdiction whenever a complaint related to cognizable offense is received in the police station.”

The victim, who was on her way home after a medical check-up at Gachibowli in Hyderabad on Wednesday night, was abducted, raped and killed by four lorry workers at Chatanpally near Shadnagar, around 60 km from Hyderabad, police said. The accused set her body ablaze after killing her.

The accused have been sent to 14-day judicially custody. The order was passed by a magistrate at the Shadnagar police station. The reason being that the accused could not be produced in the fast-track court at Mahabubnagar due to the non-availability of the judge. Also because of a huge crowd gathered outside the police station.

Union Minister of State for Home G Kishan Reddy, who also met the victim’s family and assured them that the Centre, in coordination with the Telangana government, will ensure that the case is disposed of expeditiously and guilty get capital punishment.