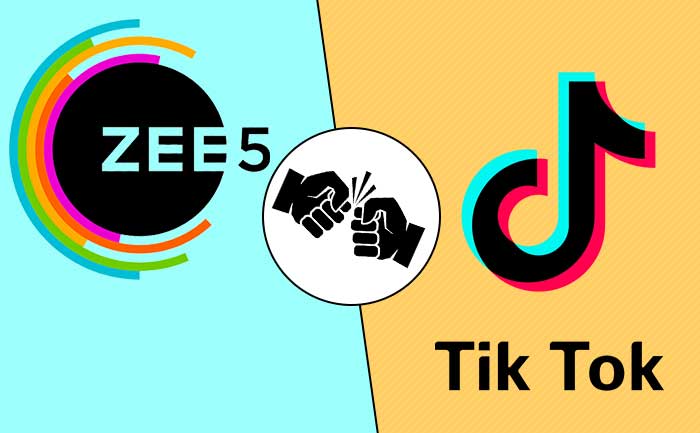 Zee5 might be gearing up to compete with TikTok by launching a short video app of its own, as per media reports. The new Zee5 app will be called Hypershots and, like TikTok, will have short user-generated content. The platform will generate revenue through ads with future plans of turning it into a subscription service, as per a Business Today report.

The new Zee5 app is aimed to bring engagement as well as increase the number of users on the platform, Zee5 executives told Business Standard. The move comes directly after Disney+ is scheduled to launch on Hotstar on March 29.

“We don’t want users to come to us only for long-form and go somewhere else for short-form. The digital ecosystem will make users come back more and more and their habit formation with ZEE5 will happen” Tarun Katial, chief executive officer (CEO) of ZEE5 India told Business Today. Zee5 launched in India on 14 February 2018 with content in 12 languages. Today, it provides 14 languages and is soon planning to include Assamese to its ranks, according to CEO Tarun Katial.

Currently, TikTok boasts of over 1.5 billion global downloads. 30% of these downloads are from India which is the fastest-growing market for the platform. The platform has its own range of bonafide celebrities like Jannat Zubair, Rugees Vini, Mr Faisu, and Avneet Kaur. With the huge amount of popularity Tik Tok has, it will be a tough task for Zee5 to create its own niche.

Streaming app Hotstar which crossed over 400 million downloads in 2019 might be India’s largest over-the-top platform but Zee5 is the largest producer of original digital content with over 100 original shows.