BTS Map Of The Soul: 7 Will feature Track Co-Written By Troye Sivan

Sia will also feature on the album 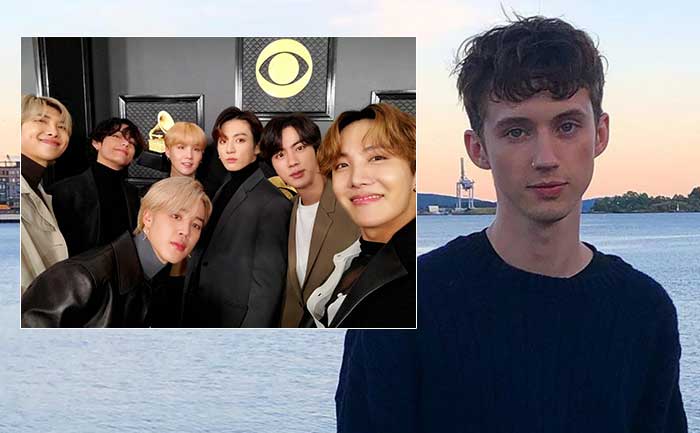 BTS has been busy promoting their upcoming album Map Of The Soul: 7. They recently made appearances on The Late Late Show with James Cordon and The Tonight Show Starring Jimmy Fallon. However, the boy band is not done with surprising their fans. Troye Sivan recently revealed that he co-wrote one of the tracks on BTS album Map Of The Soul: 7. The singer shared this news via Twitter, writing, “Very happy to have co-written Louder Than Bombs on
@BTS_twt’S album! thanks for having me boyyssssss” Canadian singer Allie X also confirmed that they had written Louder Than Bombs in collaboration with Bram Inscore.

Map Of The Soul: 7 Complete Tracklist