Cardi B and Nicki Minaj to become friends again? Find out. 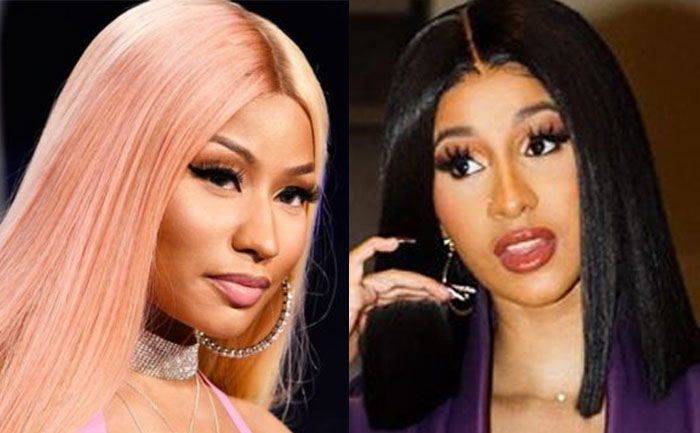 It looks like the two popular rappers Cardi B and Nicki Minaj are finally ready to sort their differences out and become friends again.

As we all know, the quarrel began in 2017 when Minaj liked a hate comment that was aimed at Cardi. Although, Minaj was filmed dancing to Cardi’s “Bodak Yellow” a few weeks later. Later on, Minaj threw shade at an unknown person in a track titled “No Flag” and the fans said was it was aimed at Cardi B.

Cardi’s single “Bodak Yellow”  Topping Hot 100 and Nicki Minaj congratulated via Instagram. In 2017, both rappers were featured in a song by Migos titled “Motorsport” and the fans assumed that they were not getting along as they appeared in two different scenes. Later, Cardi cleared up the rumors saying that there was no bad blood between her and Minaj. She also said that the two would talk for a while before going on sets.

As 2019 is coming to an end, Cardi B definitely doesn’t want to carry any negative energy ahead into the new year. Looks like Cardi B is ready to forgive people only if the people are ready to make efforts on the same.

On the other note, Minaj announced publicly that she is married to her boyfriend, Kenneth Petty. Also, Cardi B has recently joined the cast of Justin Lin’s “Fast and Furious 9”.

ALSO READ: Cardi B Believes That Her Daughter Should Dream Big