Home > Entertainment > Everything You Should Know About Nita Ambani, Wife Of Asia’s Richest Man

Everything You Should Know About Nita Ambani, Wife Of Asia’s Richest Man

Here is all you need to know about Nita Ambani, wife of Asia's richest man, Mukesh Ambani. 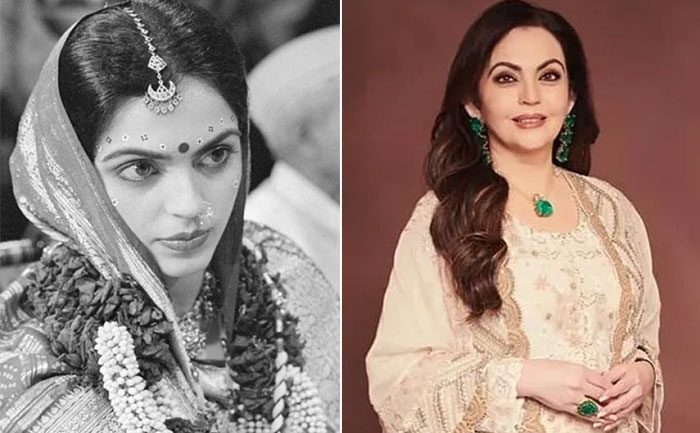 Nita Ambani, wife of Asia’s richest man, Mukesh Ambani and she is not just a wife or a mother of three children she is much more than that. She is one of the most powerful women in India along with being the Chairperson and Founder of the Reliance Foundation and owner of the Mumbai Indians.

In 2016, Nita was in the list of ‘the fifty high and mighty Indians’  by India Today. She was the first Indian woman to become a member of the International Olympic Committee (IOC)However, aside from just being fortunate to be accepted by the late Dhirubhai Ambani to be his daughter-in-law, Nita has come a long way doing extraordinary work for this nation and its people. Nita Ambani Mukesh Ambani Voted as India’s Most Trending Couple

Everything you need to know about Nita Ambani:

Nita Ambani completed her bachelor’s degree in Commerce from Narsee Monjee College of Commerce and Economics. Nita Ambani was born on November 1st, 1963 in Mumbai to a middle-class Gujrati parents Ravindrabhai Dalal and Purnima Dalal. 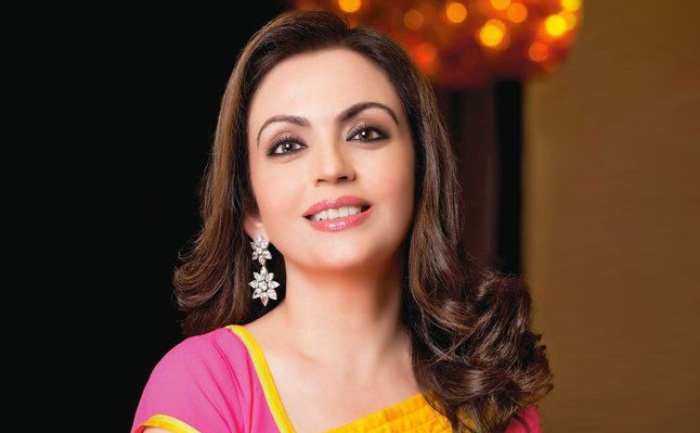 In an interview with IDiva, in 2011, Nita opened up about her past battles to conceive kids, explaining that she was 23 when told she wouldn’t be able to give birth. Fortunately, after a few years, she gave birth to Akash and Isha through IVF in 1991, and son Anant in 1995 through regular pregnancy.

Mukesh’s parents Dhirubhai Ambani and Kokilaben were quite impressed with Nita after seeing her Bharatnatyam dance and that’s when they decided to choose Nita as their daughter-in-law.

Nita Ambani never wanted to marry Mukesh for his status and assets. She had her own circumstances to get married to him. Mukesh Ambani stood by Nita Ambani as a very supportive mate all these years. Mrs. Ambani stated that she would work even after their nuptials to which the business tycoon agreed and currently, she runs the Dhirubhai Ambani International School, which shows her love for teaching.

Nita Ambani founded Reliance Foundation in 2010 and Reliance Industries is a patron of the business.

Nita Ambani is also the founder of the Dhirubhai Ambani International School which has been rated amongst the best schools in India. 9. Listed as ‘Most Influential Women Business Leaders in Asia’:

Nita Ambani was listed second on the 2016 ‘Asia’s 50 Power Businesswomen’ list and in ‘the Fifty High and Mighty Indians’ by India Today. She has also been awarded as the ‘Best Corporate Supporter of Sports’ by the Times of India.

The paper titled ‘Reliance Drishti’ was launched by Nita Ambani at Mumbai’s Kamla Mehta School for the blind. Nita Ambani is the co-owner of the Mumbai Indians cricket team, one of the powerhouses of the Indian Premier League. She decided to get knowledge about the game when her husband bought Mumbai Indians, she began going for matches to learn all about cricket. 12. First Indian woman to become a member of the International Olympic Committee (IOC):

In 2016, Nita Ambani was nominated for membership in the International Olympic Committee (IOC) by the Swiss-based panel and she was elected as a member of the IOC,  its first Indian woman member.

In 2017, the President of India, Ram Nath Kovind, awarded the Rashtriya Khel Protsahana Puruskar to Nita Ambani at the Rashtrapati Bhawan in New Delhi, on National Sports Day. Nita Ambani was elected to the Board of The Metropolitan Museum of Art in New York and she is the first Indian to be honored with the role of the trustee in the Museum’s 150-year-history. 15. Committed to make the world a better place:

Nita Ambani has devoted herself to the foundation’s aims of agrarian transformation, education, health, and disaster response.