Did you know that many of the current fan-favorite TV series are actually book adaptations? 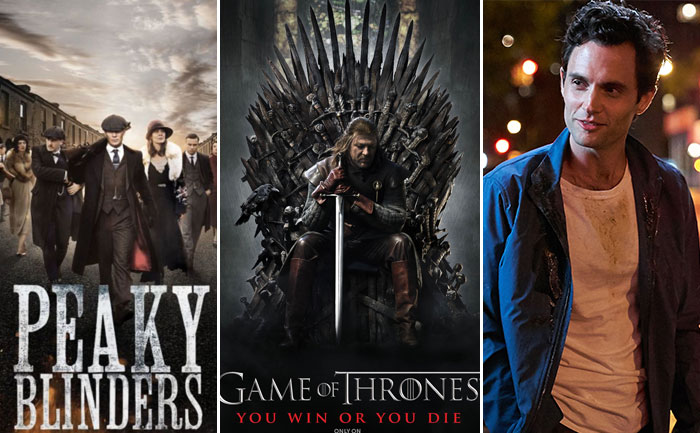 On World Book Day, people all across the world are sharing their favorite picks. However, did you know that many of the current fan-favorite TV series are actually book adaptations? There have been many successful book adaptations on TV as well as film. The enormously successful Harry Potter films were, of course, all based on books by J.K. Rowling. Moreover, the author’s Cormoran Strike series has also been converted into a TV series.

For this World Book Day, check out some of these amazing book adaptations available on Amazon Prime, Netflix, and other platforms.

Tom Clancy’s Jack Ryan is an American political thriller spy web television series on Prime Video. The TV series is based on characters from the “Ryanverse” that was created by Tom Clancy. It premiered on August 31, 2018. The series has been renewed by Amazon for a third season in 2019.

it is the story of an up-and-coming CIA analyst, Jack Ryan. He uncovers a pattern in terrorist communication and finds himself in the middle of a dangerous field assignment.

On this World Book Day, indulge in this critically acclaimed HBO series that has been adapted by a novel of the same name by Liane Moriarty. The series premiered on HBO on February 19, 2017. While it was originally intended as a miniseries, HBO renewed it for a second season.

It is the story of five women in Monterey, California who become entangled in a murder investigation.

Sex and the City had a massive following during its run from 1998-2004. The series broke barriers surrounding the female perception of sex. It is a TV adaptation of Candace Bushnell’s book of the same name.

The Witcher is a fantasy drama series based on the book series of the same name by Polish writer Andrzej Sapkowski. It explores the legend of Geralt of Rivia and princess Ciri, who are linked by destiny to each other. The first season of The Witcher is based on The Last Wish and Sword of Destiny. These are a collection of short stories before the main Witcher saga. Meanwhile, the series has been renewed for a second season which will be released in 2021.

Sacred Games is an Indian web series based on Vikram Chandra’s 2006 novel of the same name. It is directed by Vikramaditya Motwane and Anurag Kashyap who produced it under their banner Phantom Films.

Sacred Games is the story of Sartaj Singh (Saif Ali Khan). He is a troubled police officer in Mumbai who receives a phone call from gangster Ganesh Gaitonde (Nawazuddin Siddiqui). Gaitonde challenges Sartaj to save the city within 25 days.

ALSO READ: ‘Sex Education’ To ‘She’: Top 5 Netflix Series That You Can Watch In 24 Hours

HBO hit series Game of Thrones was, of course, based on George R. R. Martin’s series of fantasy novels. While fans may still be angry with the disappointing way the show wrapped up, GoT ruled the ratings at its prime. The American fantasy drama television series was created by David Benioff and D. B. Weiss.

7. The Man in The High Castle

Who knew there were so many book adaptations based on books out there? We did! On World Book Day, here is another spectacular TV adaptation based on Philip K. Dick’s 1962 The Man in the High Castle.

You is an American psychological thriller television series that is based on the 2014 novel by Caroline Kepnes. It follows Joe Goldberg, a New York bookstore manager, and serial killer. He falls in love with a customer named Guinevere Beck. It quickly develops into an extreme, and toxic obsession.

The series has been renewed by Netflix for a third season on January 14, 2020. It will release sometime in 2021. Moreover, Badgley and Pedretti will both be reprising their roles.

Another adapted TV series to watch this World Book Day is The Umbrella Academy. It is an American superhero web television series based on the comic book series of the same name published by Dark Horse Comics.

The series revolves around a family of former child heroes. They have grown apart since their childhood. However, they must reunite to protect the world. It features Ellen Page, Tom Hopper, David Castaneda, Emmy Raver-Lampman, Robert Sheehan, Aidan Gallagher, Cameron Britton, and Mary J. Blige.

The Umbrella Academy was originally being developed as a film. However, it was shelved in 2015 before being picked up by Netflix in 2017.

Good Omens is based on a book by Terry Pratchett and Neil Gaiman. It recollects the story of angel Aziraphale and the demon Crowley. Good Omens takes viewers on a journey as the two form a pact to delay the approaching Armageddon. They have become fond of their life on Earth and become allies in the race to find the missing Antichrist.