Home > Entertainment > Suhana Khan’s selfie with THIS person has set the internet on fire; See pic

Suhana Khan’s selfie with THIS person has set the internet on fire; See pic 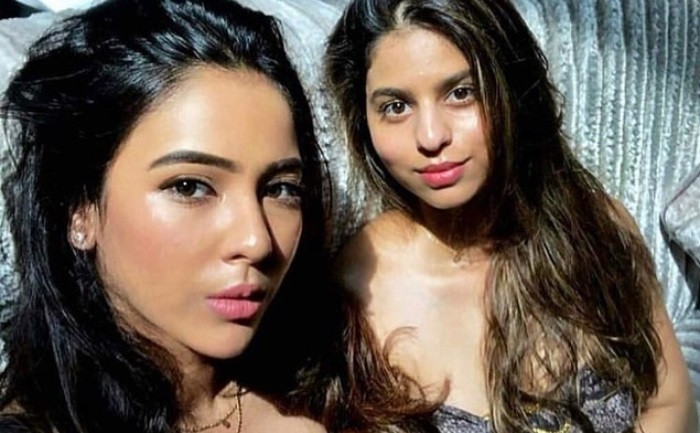 Suhana Khan is the youngest daughter of the Bollywood superstar Shah Rukh Khan and Film Producer and Interior Designer, Gauri Khan. She hasn’t made her Bollywood debut yet, but the young star kid has a pretty solid fan base waiting for her to debut on the silver screen already. The young lady always grabs the attention of her fans and media when spotted in the city. 10 Controversial Pics of Suhana Khan

Recently, we came across a stunning photo of Suhana Khan posing with her friend for a selfie. In the photo, the gorgeous woman can be seen donning a beautiful off-shoulder dress and her hair was left loose and to complete her whole look, she opted for minimal makeup and what’s grabbing our attention is her on-fleek eyebrows. Suhana Khan To Romance Asim Riaz in SOTY 3?

The star kid was born on 22nd May 2000 in Mumbai, Maharashtra. Suhana Khan is currently pursuing her acting course at New York University (NYU) Last year, she completed her graduation from Ardingly College in England. Moreover, she did her secondary education at Dhirubhai Ambani International School.

For all those who don’t know, Suhana is a football freak and played many football tournaments in her school days and is also said to have captained the U-14 team. She is a writer and has also won an award at Katha National Story Writing Competition.